And now back to telling you about my trip around Colorado and New Mexico!

By the way, if you missed my previous Colorado posts, check them out first:
– A Day at the Pack Burro Races in Leadville, Colorado
– Exploring Colorado’s Great Outdoors + Is the Dwight Howard?
– Colorado Gold Rush Towns: Georgetown, Central City and Black Hawk

Raisin Bread and I rounded out our trip to Colorado by spending some time in the city of Denver, which, for us, meant visits to some of its cultural institutions.

We spent a good portion of one day visiting the Denver Art Museum. We were lucky enough to catch the Nick Cave: Sojourn exhibition. Nick Cave is one of my favorite contemporary artists, so I was super excited to see some new works by him as well as viewing some of his old films. I loved it. While we were not able to photograph anything in the exhibit, I was able to “make” my own soundsuit. Hehe.

We visited some other exhibitions and galleries before heading to lunch. 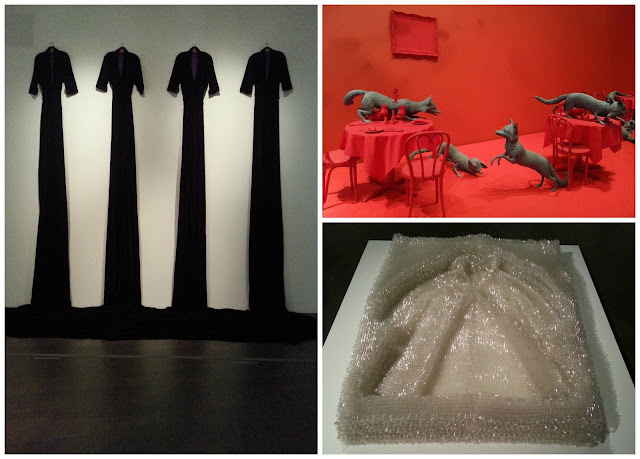 Here we are in Ernesto Neto’s Walking in Venus Blue Cave. 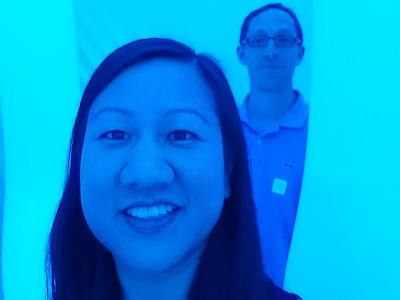 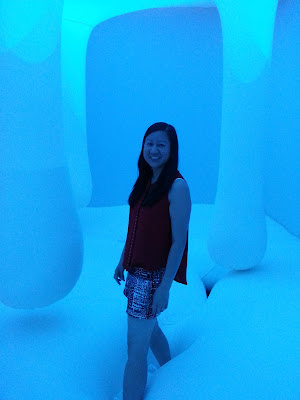 For lunch, we walked across the street to Civic Center Eats, which takes place every Tuesday and Thursday during the summer months. It is basically a food truck festival for all of the downtown Denver’s workers and visitors. There were so many options. 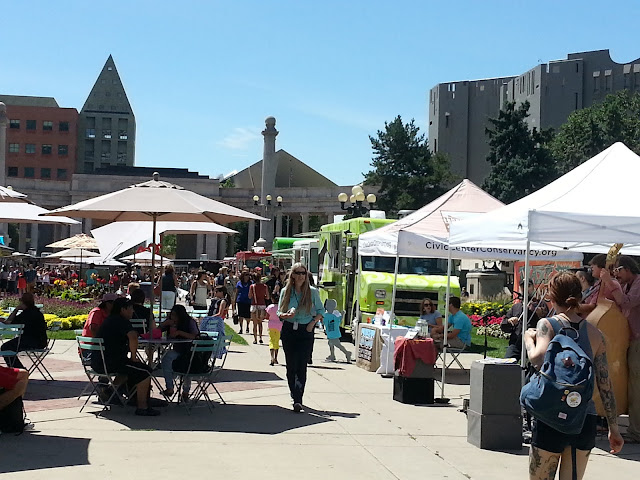 After much deliberation, I ordered the Peyton Manning burger (grass fed beef, mushrooms, basil mayo and I switched the Swiss cheese to cheddar) from OG Burgers. It was actually one of the best burgers I’ve had recently. For dessert, I had a watermelon popsicle from Aiko Pops. Also delicious and refreshing! 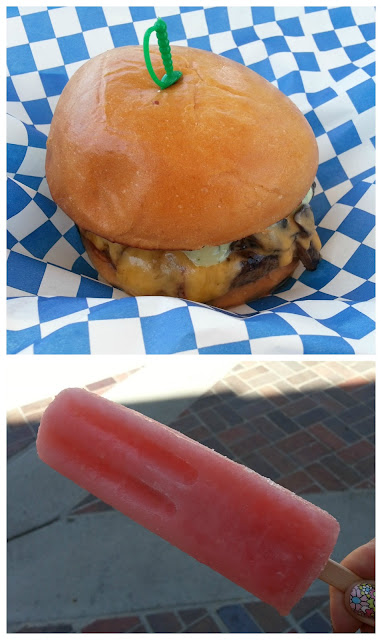 We headed back to the museum for the afternoon and explored the permanent collections and tagged along on a guided tour.
We stopped by the giant broom and dustpan before heading back to the apartment for a nap and to make dinner. 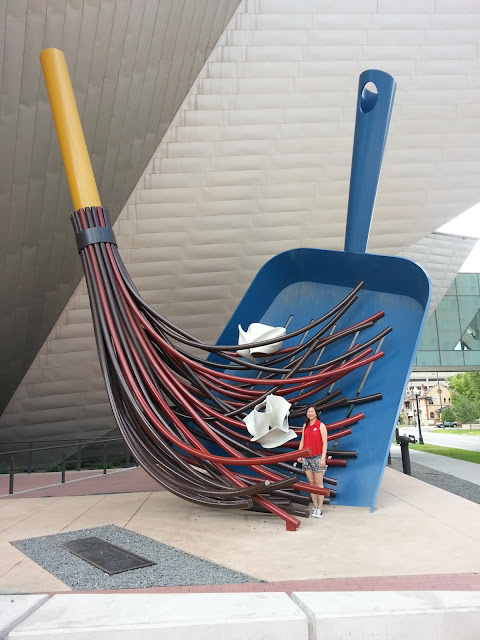 We ended the day at the Museum of Contemporary Art. I was pretty unimpressed by the exhibits here and I’m glad we came at night when it was free. We didn’t spend more than half an hour here, but there were a couple of cool things to see like The Bubble Garden and Tatiana Blass’s Electrical Room. 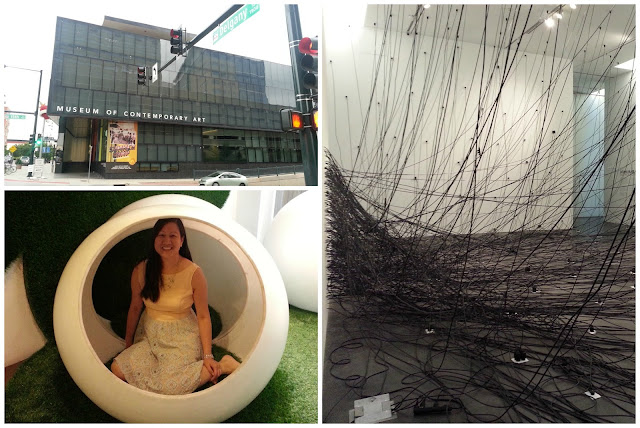 On our drive home, we saw this crazy blue sky. Beautiful, isn’t it? 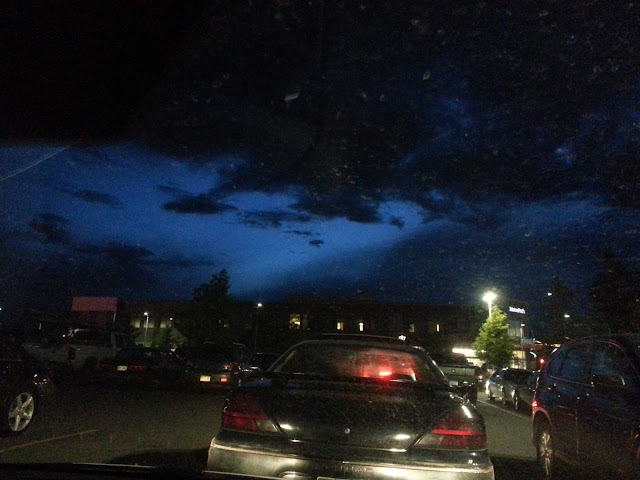 The next morning, we headed to the Denver Botanic Gardens. Unfortunately, it was raining on and off all day, so it was rather a wet day to be wandering around the gardens. We still had an enjoyable visit though and there was plenty to see. 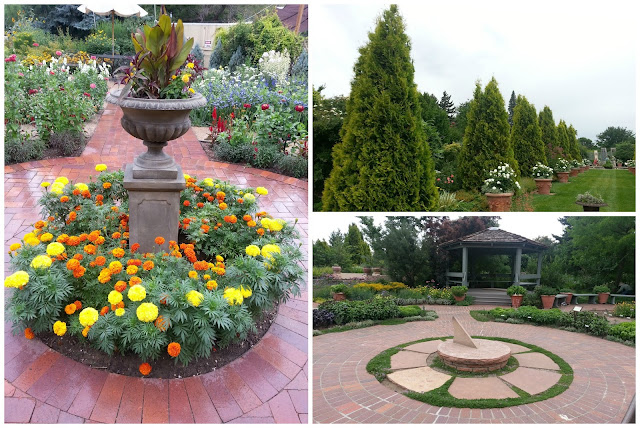 My favorite flowers were the huge lotuses and the water lillies. 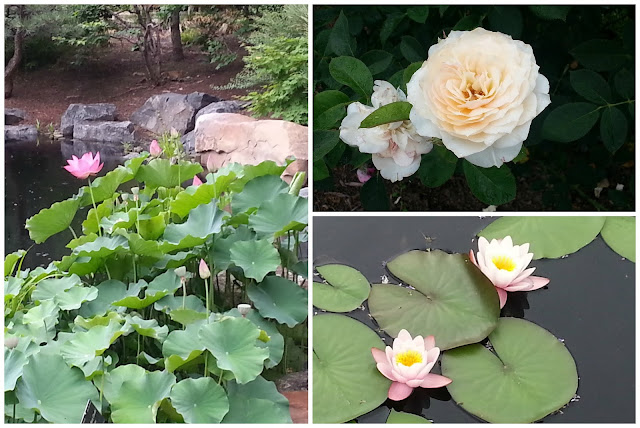 Halfway into our visit to the Gardens, we got an unfortunate notice. Due to the weather, the concert that we were planning on attending that night was being moved indoors. While we were planning our trip, we checked out the calendar for Red Rocks Amphitheatre. Both of us have always wanted to see a show at this venue, which is one of the best outdoor venues in the country. We saw that Phoenix was playing while we were in town and quickly procured tickets.
So you can imagine our disappointment when we learned that we wouldn’t be going to Red Rocks after all. Instead, we were going to a run of the mill arena to see the show.
The atmosphere wasn’t the same, of course, but Phoenix was amazing live. I also forgot how many great songs they have. It was a fun show, but I also was reminded how old I feel going to concerts now. 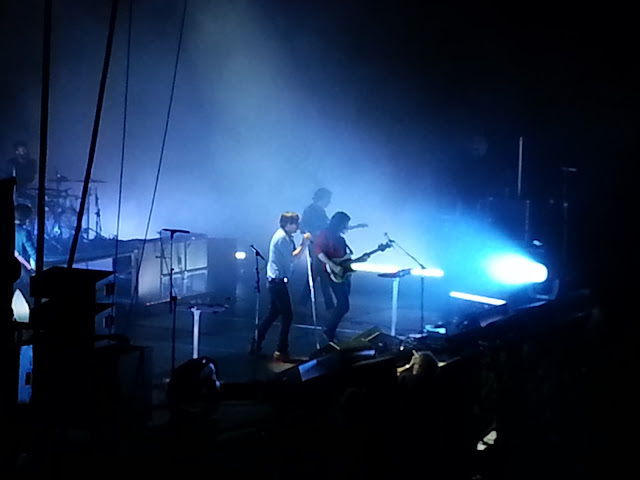 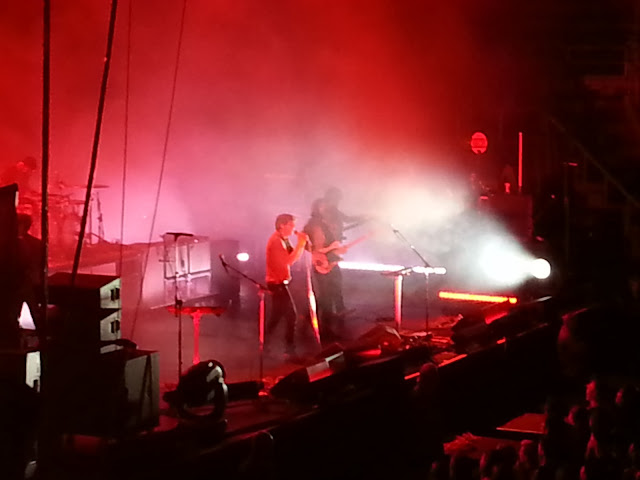 We were scheduled to leave Denver the next day. Our last stop before heading to the airport was lunch at Pho 95. At our usual pho shop, we always order the large size. Raisin Bread decided to order a large here and immediately regretted his decision! Haha…Don’t do it. He couldn’t make a dent. I ordered a medium and that might have been enough for the both of us. It would have been nice if the waiter had given us a heads up, but it was our fault for not asking. C’est la vie. 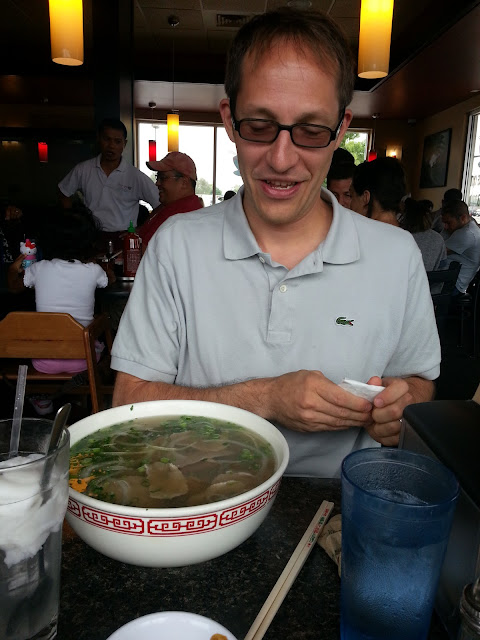