If you didn’t notice I have been putting off writing about the TBEX Conference itself. It is so much easier to write about the things I did rather than try to distill what I learned into a blog post.

Check out my other TBEX and Toronto posts first if you missed them:
– Pre-TBEX: Toronto Photo Walk
– Toronto: The Food and The Parties
– Learning How to Use a Knife in Toronto’s St. Lawrence Market
– Seeing Niagara Falls from Toronto by Bus 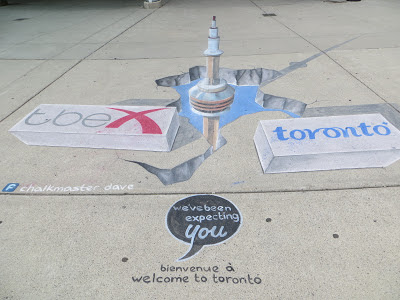 The Venue: TBEX was held at the Metro Toronto Convention Center South Building. I noticed that if you needed some time for a breather, it was very easy to find a spot to get away from everything. And there were tons of places to sit! 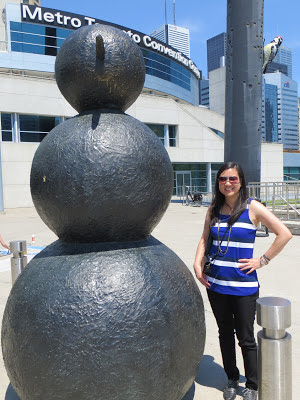 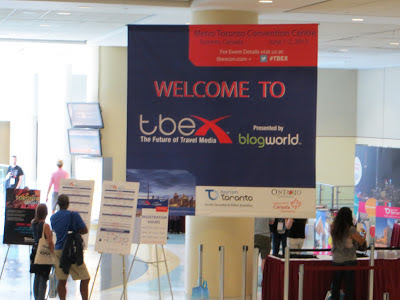 The Keynotes: I attended two keynotes. The first was given by Trey Ratcliff from Stuck in Customs. He shared stories and his beautiful photographs. The second was from Dave and Deb from The Planet D, where they spoke about the current state of travel blogging. While some complain that you don’t really learn much from keynotes, which I think is true, it is my belief that keynotes serve more of an inspirational (aspirational) purpose. As in, one day I aspire to get paid for what I do.
Speed Dating and Access to Brands, DMOs and Destinations: I’m a small fry but I had a chance to network with and pitch to DMOs, destinations and brands in both informal and formal settings. While I only had one speed dating appointment, I really learned a lot from preparing for it and going through the experience.
The Swag: Who doesn’t love getting free stuff? The best things I received were a solar charger from American Express SPG and Gogo Inflight sessions. Also, my current favorite pen was from Google. 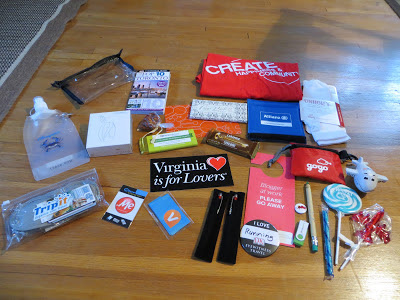 Lowlights
Overcrowded Sessions: I picked out a number of sessions to attend before the conference started but was unable to attend any of them. The breakout rooms were way too small. I even tried to attend second and third choice sessions to no avail. Good thing lots of the sessions slides are available online for me to review.
Snobbery: I am not a professional blogger although I wish I could be. I just don’t make enough/anything from writing my blog. I realize that there are some people who are able to do it, but that doesn’t mean there isn’t room in the travel blogging sphere for both professionals and non-professionals. That is why it really irks me to hear and see the snobbery put out there by some professional travel bloggers.
—————————————————————————-
After TBEX was over, I had almost all of Monday to further explore Toronto. The weather was amazing!
Since CN Tower was so close to us, we decided to go to the top and enjoy the view. Unfortunately, it seemed that every school kid in Toronto was having a field trip that day. It was loud and they were running amuck, so we went it and out pretty quickly. 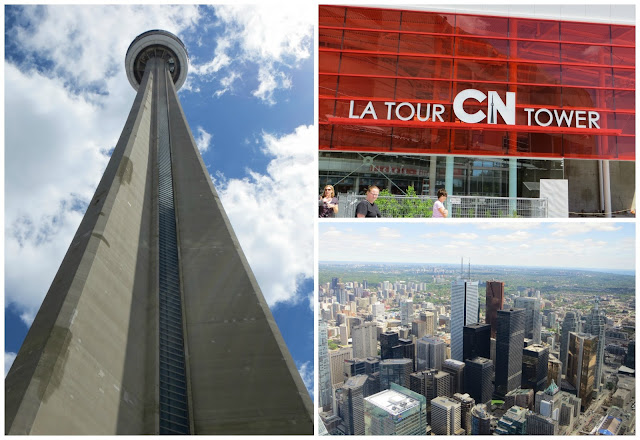 The views were gorgeous though! 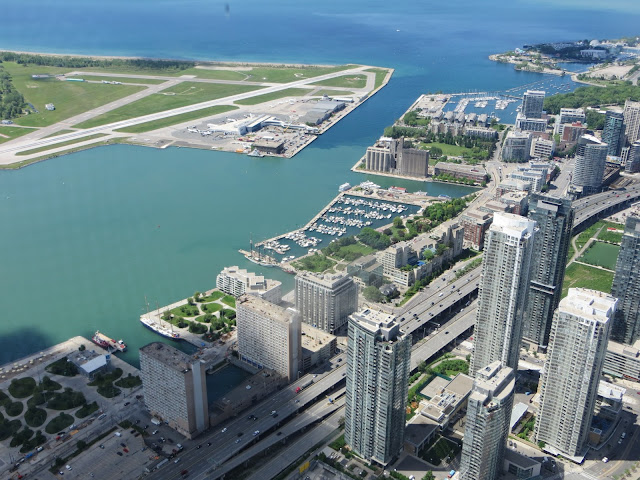 CN Tower has a section with a glass floor. Scary, huh? All of the school kids were jumping and sitting on it so I could barely get a photo. 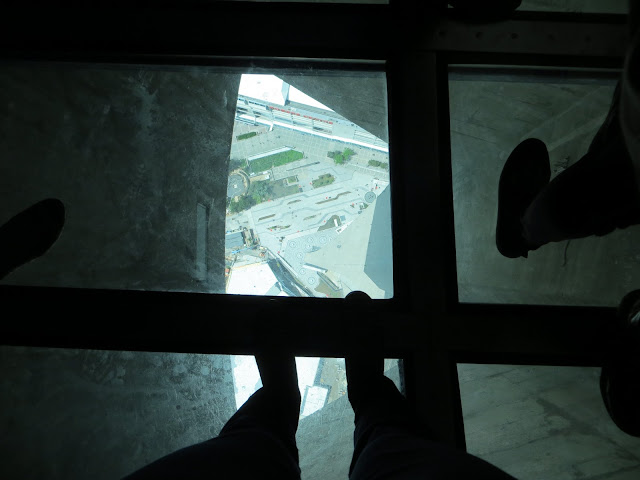 After we elbowed our way out of CN Tower, we passed by Rogers Centre and visited the Blue Jays Shop. 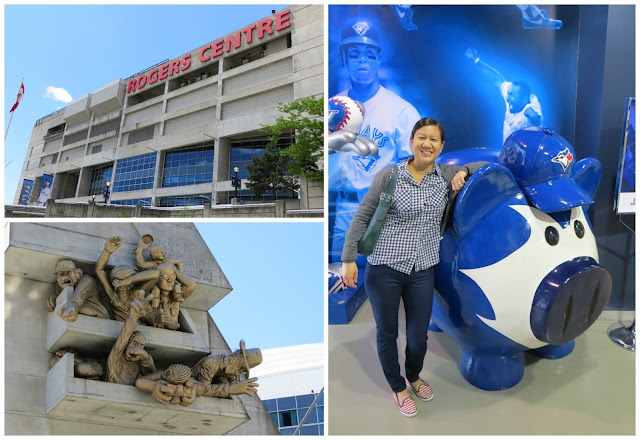 It soon turned into lunch time, so we met up with a friend for lunch in Kensington Market, which I wrote about in my food post. We had some time left before Rebecca had to head to the airport, so we walked around Kensington Market. There are so many interesting boutiques and restaurants, plus a bunch of cool street art. 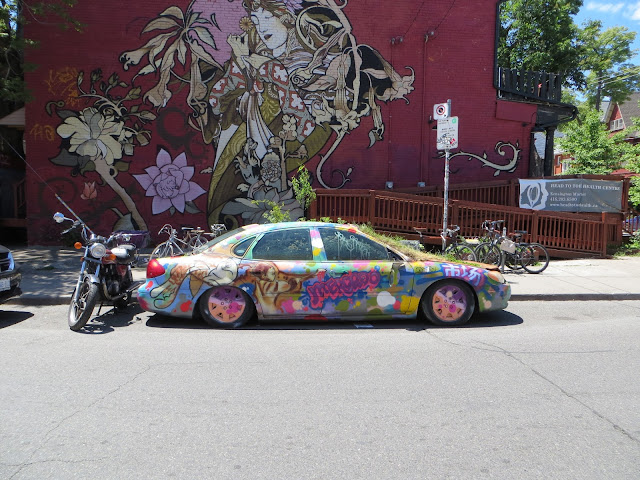 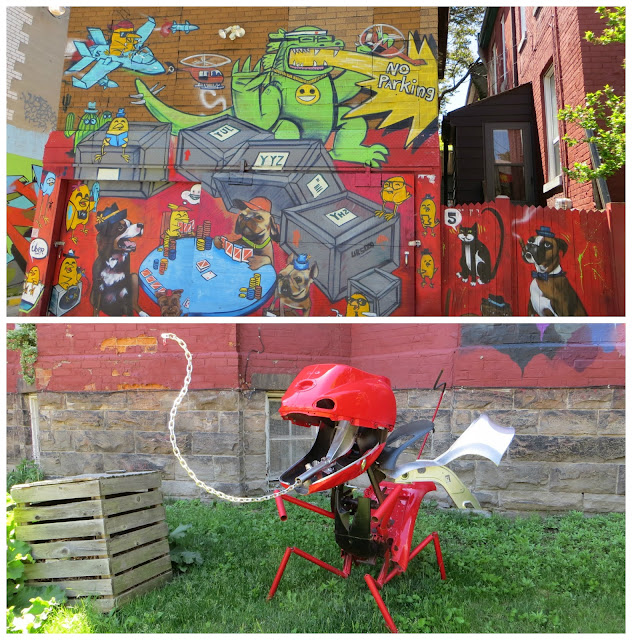 I said good-bye to my sister, and then headed to the Art Gallery of Ontario, where I planned to spend my afternoon. Only thing was that it is closed on Mondays! Fail! 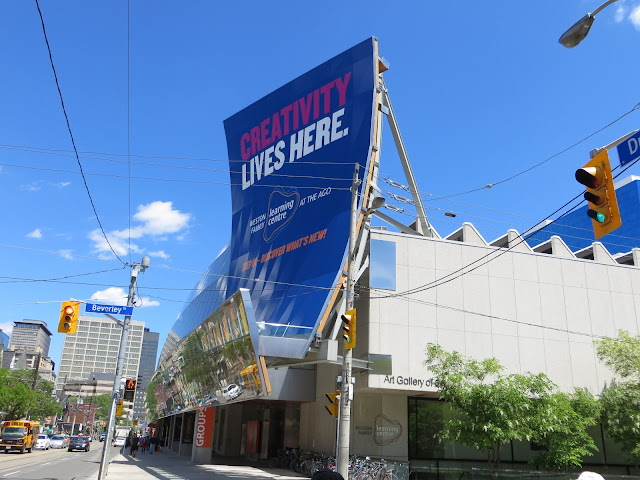 Instead, I walked around Chinatown and took a long leisurely stroll back to the Downtown Core. 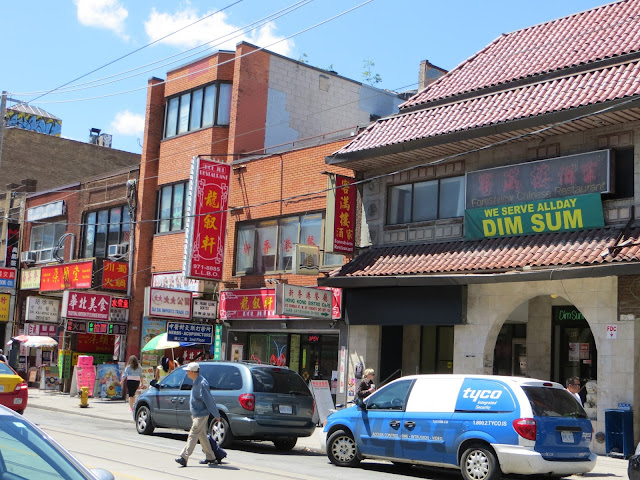 I decided to spend the rest of my day at a coffeeshop to catch up on email and blogging before it was time to bid Toronto adieu!

Disclosure: I received complimentary entry to CN Tower from Tourism Toronto and swag from assorted TBEX sponsors. All opinions are my own. Read my full disclosure here.