Back in June of last year, Raisin Bread and I started planning our spring break. We had a bunch of miles to use and decided on BELIZE!! I’ve always wanted to snorkel the Belize Barrier Reef and visit the Mayan pyramids. I spent months planning out our itinerary, researching hotels and tours, and have been counting down to my last spring break, probably since the beginning of winter, since this trip promised a warmer climate than here in DC.

I put my magical packing abilities to good use and managed to fit all of these things into the backpack and pink bag. We would be taking local transportation to get from one part of the country to the other and also across the border into Guatemala so I didn’t want to be burdened with a lot of luggage. 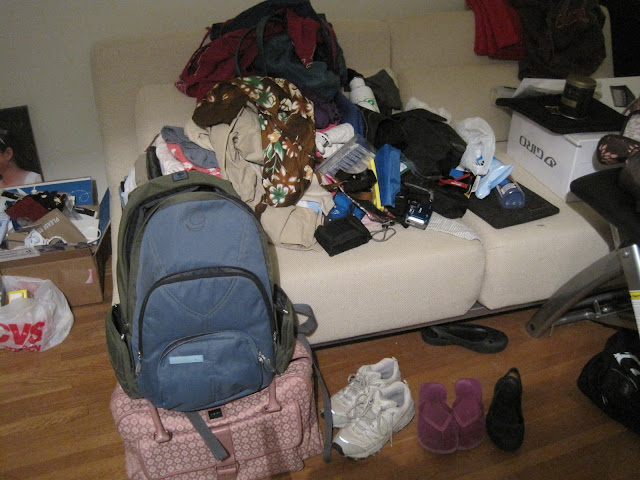 I went to the travel doctor and got my script for an anti-malarial and was super prepared for an exciting trip.

We flew out of DC and arrived for an overnight in Miami before we would head to Belize City the next morning. Only thing is that this isn’t what happened. We made it to Miami but Raisin Bread had a bad reaction to the anti-malarials, he called the doctor…We thought we could still go to Belize so we went to the airport and went through security before deciding that it wasn’t going to happen. And to make a long story short, we decided stay in Miami instead of leaving the country. We found ourselves flying by the seat of our pants. We took the train to the rental car center, looked prices up on Kayak and picked up a car and decided to book it for a little over a week since we didn’t know how long we would be staying in Florida.

By this time, we were frustrated, disappointed and hungry. Did I mention there were tears? Versailles was nearby so we decided to grab breakfast there and do some planning. Good thing they have place mats! And good thing we have smartphones! 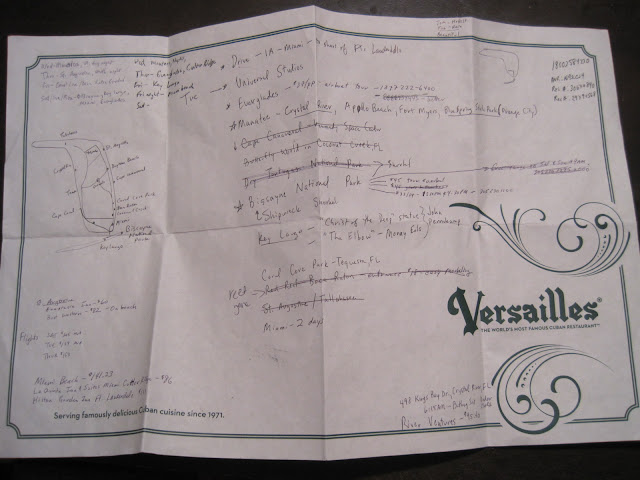 While we were planning I enjoyed the best Cubano that I’ve ever had. 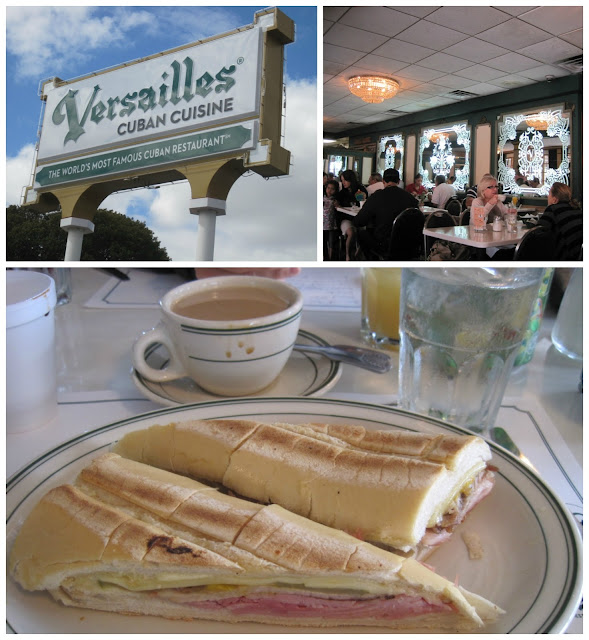 Back to planning, we decided to get a lot of driving out of the way so we would be heading north. We drove for about three and a half hours before becoming exhausted, so we decided to rest our heads in Orlando that night (by booking a hotel on our phones).

There wasn’t much time to do anything besides eat and sleep so we went to Sushiology on International drive for some cheap sushi. That sounds wrong, doesn’t it? The portions were small but the food was quite good. Then it was bedtime, after a loooong and crazy day. 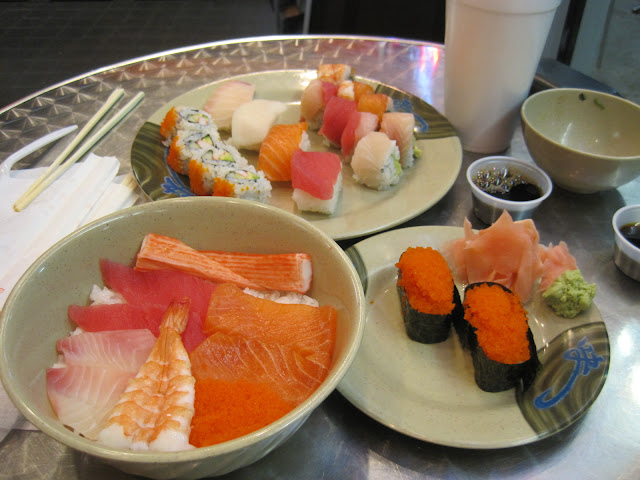 As a preview, this is the route that we wound up taking around Florida. 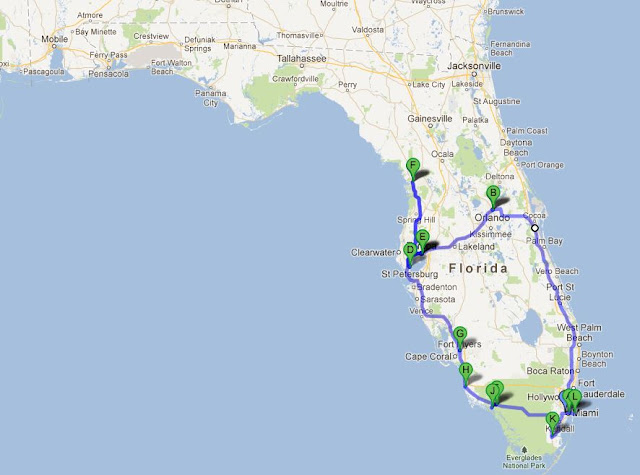 Those who know me well know that I am a planner and I always like to be prepared as much as possible, but with all things, travel sometimes doesn’t go as planned and you have to make decisions based on what you have and know (like in business!) This trip would have been pretty annoying if we didn’t have our phones, and I was stuck with a wardrobe of fit for the jungle and without any accessories. I probably looked pretty ridiculous for much of the trip. But we still managed to have a fun and spontaneous trip. I wasn’t going to let my vacation from work and school go to waste!

Can’t wait to tell you about the rest of the adventure.

Question: Have you ever had a trip go not according to plan?