When I heard that Raisin Bread’s family was spending a week at “the shore,” for some reason, the image in my head went straight to this: 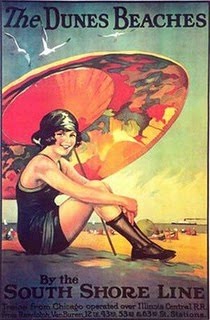 Then, I discovered it would be at the Jersey Shore, and although I have never actually watched that television show, my mind went to orange-colored people who frequent the gym and consume vast amounts of alcohol. Instead of party beach, however, I found myself in the idyllic town of Cape May. I googled it prior to leaving and found out that it is known for its historic residences. How very charming! (I’ve been watching a lot of old movies – rented from the library – and I think it’s rubbing off.)
First, however, we made a slight detour to Baltimore on our drive up to New Jersey in order to avoid traffic and landed in the middle of an anime convention. We made our way around the inner harbor and tried desperately to find something to eat but to no avail.
We drove a few miles away to downtown Baltimore and found a local Caribbean restaurant called the Dutch Pot Cafe. At this point, we were starving and what I really wanted to order was the oxtail, but they didn’t have any that day. I chose the jerk chicken as my alternate choice. For $5, the small sized meal included a portion of chicken served with rice and steamed vegetables. What a steal!
The chicken was amazingly flavorful and packed a good deal of heat. The meat was more boney than I would have liked, but the flavor made up for it. The simple rice and cabbage were the perfect compliment to the powerful chicken.
Raisin Bread had the curried chicken in the medium portion, which was also infused with enormous amounts of spice. Yum!
We finally made it to Cape May by mid-afternoon, and we were assigned the kiddie sailboat room. Cute, huh? With us for the next few days were Raisin Bread’s mom, stepfather, aunt, pappy and grandma. Throughout the weekend, we were also joined by his sister, her boyfriend, uncle, and two cousins. It was a full house!
We were only able to spend four days at the shore because Raisin Bread had to return to work. The majority of our time there was spent eating, playing card games and Apples to Apples

, lazing by the beach, and riding bikes around town. We also spent a good deal of time at Acme Market because the whole entire town seemed to be there any time we went.
My favorite things about Cape May were The Lobster House, and our bike riding excursions. Over the weekend, it turned out to be Raisin Bread’s mom’s birthday and his grandma’s 90th birthday, so we volunteered to make dinner one evening. The Lobster House provided many of the items we needed. If I ever return to Cape May, I would like to have a cocktail on the deck of the Schooner at the back of The Lobster House.

As I mentioned earlier, Cape May is known for its many historical homes from the Victorian era. Today, many of them serve as bed and breakfasts and inns. On our first bike ride around town, we went to the Washington Street Mall, which is a pedestrian area with lots of shops and cafes.

We also rode along Jackson and other streets to view the Victorian homes. It was a serene way to spend a couple of hours.
Below are a few examples of the Victorian architecture. 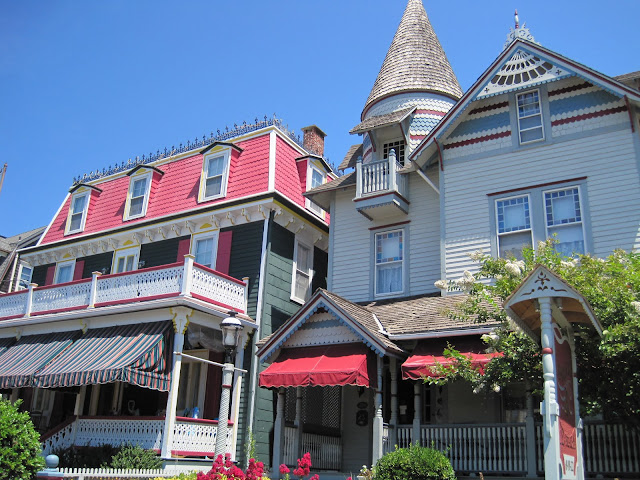 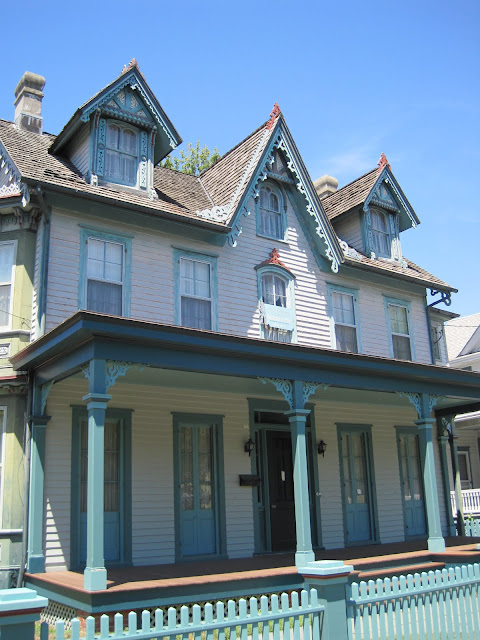 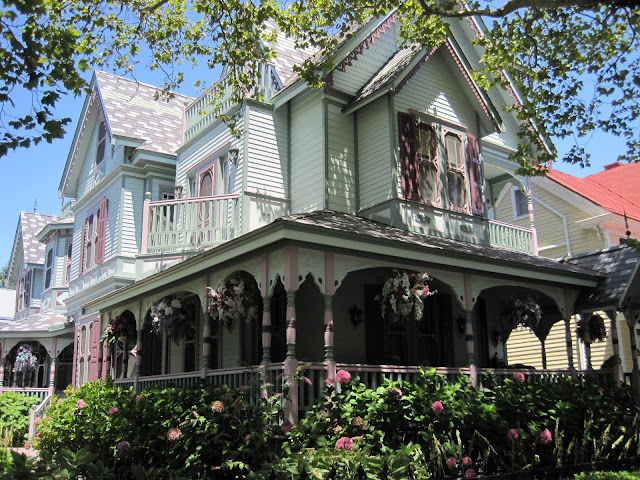 Later, we made a pit stop at Congress Hall, one of Cape May’s many historic hotels. I learned that Cape May was one of America’s earliest seaside resorts, and I was happy to see that a great deal of care has been taken to maintain these historic structures.

Our second bike ride took us to the Cape May lighthouse. I would estimate that we went no more than 10 blocks in maybe two hours on our first bike ride. This time we had to ride 30 minutes before reaching our destination.

Once we reached the lighthouse, we discovered that they were charging $7 to enter the lighthouse. We were both without our wallets and decided that we wouldn’t have paid that much even if we had them, so back to the house we went for our final brunch.
I hope to return to Cape May again and perhaps sample some of its nightlife. Congress Hall has a lounge called The Boiler Room that looks very speakeasy-esque. This trip was centered around family, so we were needed at the house for competitive rounds of Solitaire every night. I wouldn’t have had it any other way.