We drove south back towards what I thought would be Las Vegas. Matt was pretty tired from driving so much and as we approached the Vegas exit, he said that he would probably need me to take over driving in another hour. Then he exited the freeway! What a trickster! We were still gross from hiking and being in the car, so we immediately went to our hotel, The Hilton Grand Vacations Club. The hotel was pretty nice and since it was off the beaten path, not too crowded but it was far from most of the action. We got cleaned up and ordered room service. Matt had another surprise for me: chocolate and champagne!

We put on our fancy clothes and headed out for the night. Visited Planet Hollywood (tacky!), Paris (to get tickets to the Eiffel Tower. I found a 2-for-1 coupon in a brochure in the taxi cab. Go me! But I didn’t want to go up until it was all lit up at night), Bellagio (to go to the Conservatory), Caesar’s Palace (to wander around), and back to Paris (to go up the Eiffel Tower).

Unfortunately, the wait to go up was around an hour and forty-five minutes and we had already decided to go to the Wynn Buffet. Matt looked up at least 5 different websites to see which buffet was the best in Vegas. The buffet closed at 11 pm and by the time we were done at the Eiffel Tower we would have had 30 minutes to eat, so we left and got a return pass for the next day. As we drove down the Strip, we enjoyed fireworks from the back seat of our cab. Not exactly as romantic as being on the top of the Tower!

The buffet was nice. It had the usual stuff like prime rib, crabs, desserts galore but there was a lot more meat than I expected.

By the time we finished dinner, the hoochies were out in full force. I was overwhelmed by skintight mini dresses. We visited the Encore which was equally as tacky as Planet Hollywood and then decided to hang out at the Parasol Lounge at the Wynn. Being outside on the patio on a balmy night was actually kind of nice. Little did we know that there was also entertainment on the patio. It was a multimedia extravaganza and also had a dancing and singing frog! It was the perfect ending of a wonderful day! 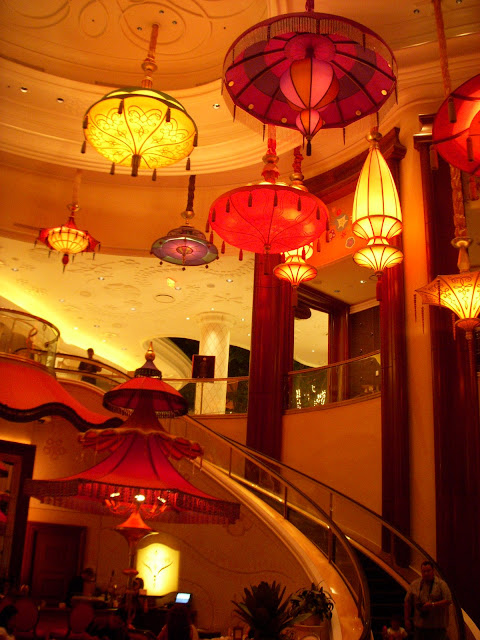 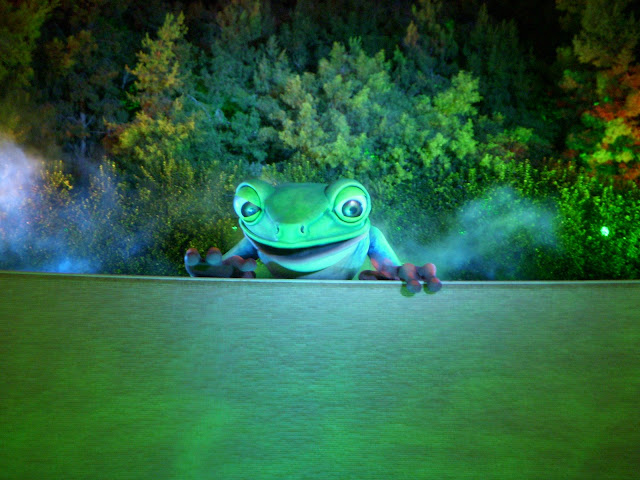 Important thing I learned during this trip: Matt cannot keep secrets from me.