Skip to content
Search
Close
I volunteer with a group teaching teen girls how to live a healthy life through exercise, self-image, and healthy eating. During one of our cooking classes, the instructor made dumplings. That inspired me to reach back into my youth when my mom and siblings and I would all make dumplings from scratch. Plus, since we are facing tough economic times, these little babies are inexpensive and can be frozen and enjoyed at a later time! Hooray!

The revitalization of downtown Atlanta probably began with the building of Centennial Park for the 1996 Olympic Games. Parts of the original park remain and is a nice central spot in the middle of the urban landscape for Atlanta residents to enjoy a little greenery.

I spent quite a long time watching the Fountain of Rings and those who gathered around it on my last day in Atlanta. Although the air was cold, the sun shined the entire day, so it was perfect weather to just sit and enjoy the outdoors. 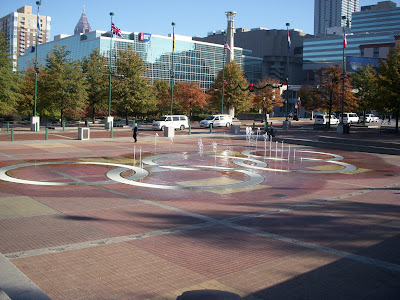 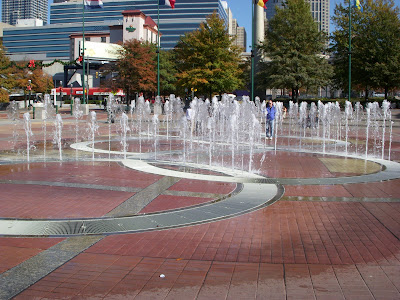 I admit it. I’m an addict. A Coca-cola addict. Regular, not diet. As a self-professing addict, I absolutely had to go to the marketing extravaganza that is the WORLD OF COCA-COLA!! I wasn’t completely convinced that I should go after reading reviews, but I managed to convince myself that the Tasting Room alone would be worth the $15 admission charge.

The tour begins in a room that contains the largest collection of Coca-Cola memorabilia and represents advertising from all over the world. 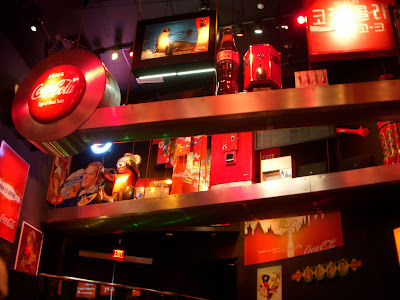 Next, we watched a short film called “Inside the Happiness Factory,” which was a cartoon documenting what goes on inside a Coke machine. It was a little too cutesy for me. Little puppies kiss the bottles to give the drink “love”, the bottles go through a snow storm to get chilled. Blahblahblah…. 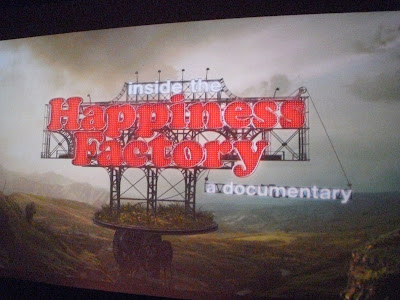 After that, we got to take pictures with the Coca-Cola Polar Bear. He blinks and opens and closes his mouth. Here he is looking pissed off and grumbling. 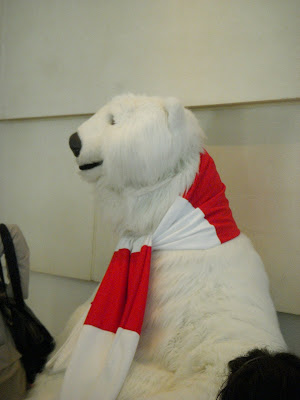 The rest of the experience is self-guided and starts off with a history of Coca-Cola: how it was invented and then went on to become a global commodity. There was also a gallery of pop culture art that shows pieces of artwork made from or featuring Coke products. They had some of the pieces that are very common in South Africa, the cars made from Coke cans and the like! We also watched a horrible “4-D” film with 3-D glasses and moving seats and terrible acting.

In addition, there was a fully-functioning bottling line, but I don’t think it was functioning when I went through. 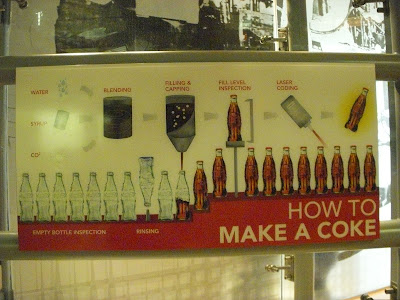 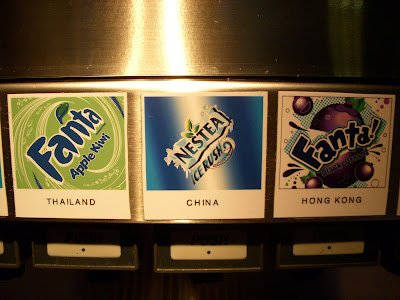 At the end of the tour, we were given a souvenir bottle of Coke, which was subsequently confiscated by airport security. Le sigh…